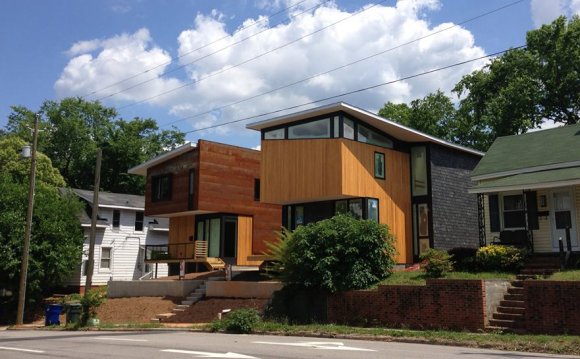 “As designers you are able to dare to state ‘Trust me’ since you consult with authority.” – Frank Harmon, FAIA, in the Commencement address, NC Condition College College of Design, 2008

Frank Harmon, FAIA has designed sustainable modern structures over the Southeast for 3 decades. His structures are materially specific for their region, using hurricane-felled cypress and rock from local quarries for connecting the dwelling to the landscape. The airy breezeways, outside areas, deep overhangs, and wide grass embody the romanticism from the South while keeping a distinguished modesty.

Frank is known as a purveyor of excellent design by his students, peers, and clients. In 2013, he received the F. Carter Williams Gold Medal in the New York chapter from the American Institute of Designers (AIANC), the greatest recognition presented upon a New York architect. He holds numerous honours realizing his contributions to create and sustainability. His firm, Frank Harmon Architect continues to be named to Architect magazine’s “Top 50” list three occasions.

Like a noted author and illustrator, his recent project Native Places uses hands-attracted sketches and small-essays to look at the connection between character and built structures. He's a principal cause of Activate 14, an initiative through the AIANC to teach the general public on the advantages of good design and sustainability through a number of summer time occasions and style competitions.

Tika Hicks of Raleigh brings 12 experience in architectural project management software, design and production services towards the firm, including educational/institutional, residential and commercial projects, in addition to historic upkeep. Among other notable projects, she was instrumental within the restoration from the modernist Henry Kamphoefner residence as well as in its subsequent restoration/addition with the late N.C. Condition University's College of Design Professor Robert Burns, FAIA.

Born in Chicago, Tika was raised in Ithaca, New You are able to, and gone to live in Raleigh in 1989. She attended Pennsylvania Condition College, where she concentrated in architecture, design and sculpture. She then analyzed abroad in Florence, Italia, before entering the N.C. Condition College College of Design, where she received her Bachelor of Arts degree in Environment Design in Architecture. Tika's previous experience includes stints with Raleigh firms Kurt Eichenberger, AIA, Richard Hall Affiliates, Clearscapes, and Cannon Designers, along with the Chapel Hill firm Lucy Carol Davis Designers.

A 4th generation Texan, Jacob adopted his curiosity about craft and style eastward in the flatlands to New York (following a pit-stay in Alaska as well as an undergraduate degree in psychology) where he gained his Master of Architecture degree from New York Condition College in December 2012. While still students, Jacob interned with Federal housing administration and became a member of the firm in The month of january 2013. His current projects range from the Huberman Residence, STARworks Center for Creative Enterprise, and also the Seven Siblings Residence, due to finish this summer time. The recenetly completed Shibata Residence is made for potters Takuro and Hitomi Shibata.